Louis Dejoy was appointed as the Postmaster General of The United States Postal Service in May of 2020. Since his appointment he has rapidly taken action in dismantling the Postal Service and hindering their ability to process mail. In addition to Dejoy assisting Trump in suppressing voters Dejoy benefits from USPS losing business due to delayed mail because Dejoy owns over $70 million in USPS competitors and contractors like Fedex and UPS.

671 DBCS (Digital Barcode Sorter) machines are in the process of being removed from the many mail processing centers scattered across the United States. Removing machines and reducing processing capacity delays mail and creates and backlog of mail to be processed. This comes right as voters are starting to mail absentee ballots. Many of these machines are being removed from key battleground states, which could hinder the Postal Service’s ability to process absentee ballots on time so they will be counted and included in election results. If ballots aren’t delivered to election officials in a timely manner, no matter the post-date, the votes will be invalid and thrown out.

The Postal Service has already warned that voters could be disenfranchised in 46 states due to delayed ballot processing. 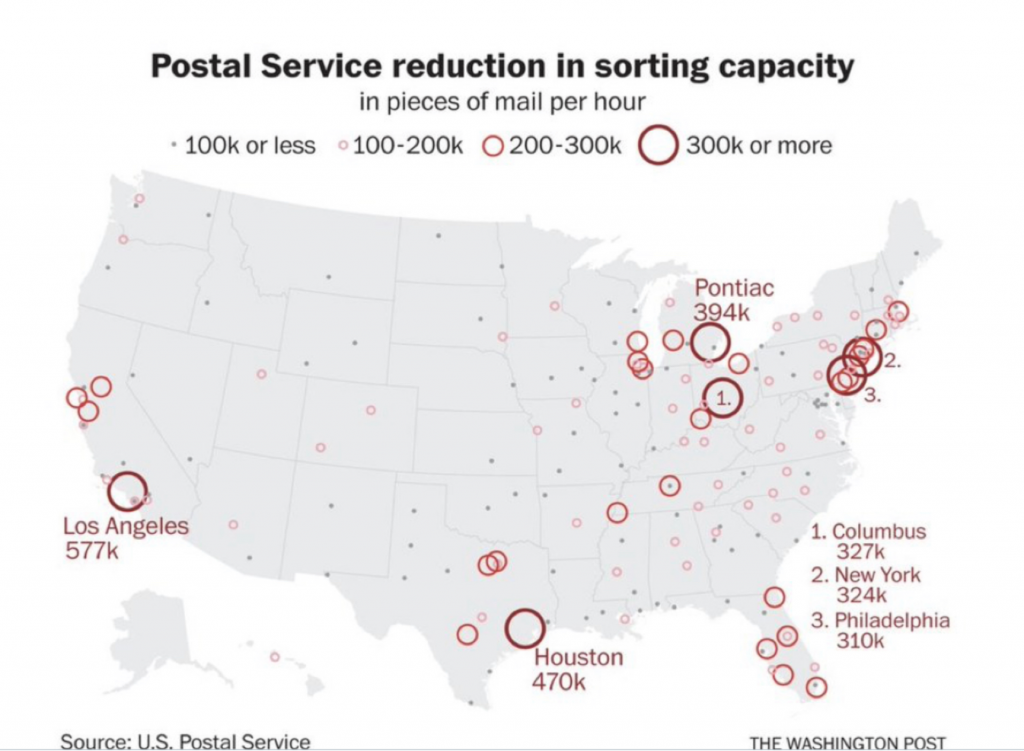 This is simply an evolved form of voter suppression to fit the on going situation created to invalidate people’s votes. Normally voter suppression would involve shutting down polling locations to reduce voter turn-out. This works by increasing the distance to polling booths and the amount of time it takes people to vote.

Since it’s not a normal election year, they had to shift their method of voter suppression to the Postal Service and mail in ballots. On top of removing DBCS machines, the Postal Service is removing drop-boxes in populated areas in Oregon and Montana. What better way to suppress votes by mail than simply not processing them in time?